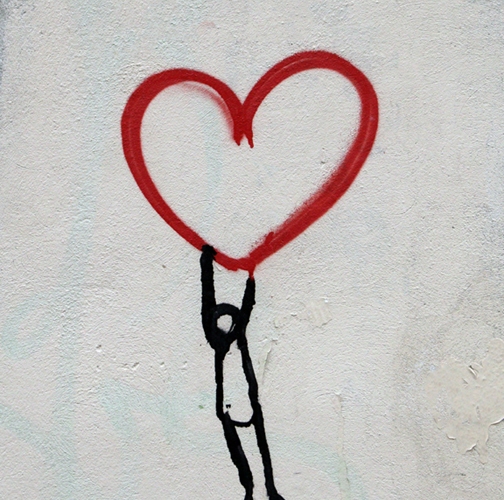 Do you remember team-building trust falls? You know where you deliberately fall backwards and hope that your team members are going to catch you. If they don’t, you’re likely going to get hurt and probably suffer some embarrassment. I feel like falling in love, or maybe staying in love, is like a continuous succession of trust falls. With all abandon, you fall backwards, and trust that the person standing behind you still loves you enough to keep you from hitting the ground. And if you’re lucky, you both are invested in making sure you’re always there waiting to catch the other.

Bob and I met and within a few months, we were together. Like together, together, until he died. Things moved very quickly for us; within a short period of time, he took his first trust fall and confessed his love for me. Initially, I tried to run from this because he was only supposed to be a fun distraction for me. Honestly, I was still reeling from the effects of my previous trust fall and I didn’t have the capacity or desire to love someone else. Eventually, due to his persistence and relentless pursuit, Bob won me over and I fell in love with him. We moved in together and began co-parenting his children, I got pregnant, we got married, and we lived mostly happily ever after. We actually did it—“till death do us part”—we “won” the game of love. Making it all the way to the end was both beautiful and heart-wrenching. I loved him until the day he died—it was like my badge of honor. I held on to that for so long because it felt like it was all I had left of him.

After a couple of years though, I was tired of feeling sad and lonely and decided to start dating again. My original plan was to try online dating because, if nothing else, it would be a quick and easy (or so I thought) distraction from the loneliness. I knew I would never again have what I had but I didn’t want to be alone any longer. And maybe, if only for one night, I would feel something again, even if it was just anticipation. What I quickly learned is that like Boston, I wanted more than a feeling. What I wanted at the time was what I had before without the pain of the loss. I wanted a relationship based on love that would grow stronger over time. And two years after losing Bob, I thought I’d found just that.

I met this guy at work a few months prior to Bob passing away so I’d known him for a couple of years before we started dating. He turned out to be a great guy who was a lot of fun to be around. We had such good times when we hung out and everything seemed to be going well. The more I hung out with him, the more I opened up and allowed myself to feel again. And I liked it. I remembered how good it was to feel that way. It was so freeing to be able to release all of the pent up love that was wrapped up in the loss. It was awesome to love and feel loved in that way again. I ran full speed toward that feeling not looking at where I was going just ready to get there–back to what I had for so long and lost so recently. I knew it wouldn’t be perfect but it would be real again.

I was so lost in the feeling that I forgot what it took to get there the first time around. I guess I thought I could skip the 17 years of building a foundation. I felt like I’d already built a solid one and I should be able to reuse it. Plus, I already knew the formula. You meet, profess your love, get married, and live mostly happily ever after. I already had the roadmap for a successful relationship and happiness. So instead of approaching this a little more cautiously, I ran forward as fast as I could and I took what I thought was a graceful leap into love. I fell right through. Hard. And it hurt.

If falling in love is like a trust fall, then falling through love is like I imagine skydiving would be with similar end results when something goes awry. I felt like I jumped and started free falling for a bit. At first, it was scary but quite exhilarating. I wasn’t even sure if the parachute would deploy but I’d already jumped so there was no turning back. Everything was moving quickly which, for me, was right on track. In time, I pulled the cord and floated along blissfully taking in the magnificence of it all. I saw the beautiful sandy beach beckoning the promise of happily ever after. It looked like what I had before was within my reach again.

But then it was like a freak storm came through with a sudden gust of wind that blew me off course. I panicked and I started to fall faster and more uncontrollably until I crash landed in the trees, hitting every branch on the way down until my parachute got caught on one. I hung there in this place for a while, broken and hurting, until a torrential downpour snapped the branch holding me and I dropped to the ground in shock—thankful to have made it through but wondering wtf? And then the pain of loss set in again.

For awhile, it was really hard to deal with the loss of another love—especially while still hopeful it would turn around. I mean, after all, he was still alive and I just knew it could work. And it could have but it wasn’t meant to. Once I accepted that, I was able to start moving forward. By the grace of God and the help of my peeps, I made it through.

So here I am a few years later, thankful for the experience. Looking back, I see that I met a good guy and fell through love in a fast and furious way. It was a crazy, beautiful, and wild ride that I still can’t believe at times. Nowadays, I’m a little wiser and a lot more cautious—actually downright scared some days if I’m being completely honest. But I am more hopeful than ever because I learned that while I’m still afraid of loss, I’m not afraid to love.